To rethink and interpret contemporary art can be infinitely, so the "reboot" of the collection of the 1960s-2000s in the Tretyakovsky Gallery has already been performed three times, but it will become special. The exhibition shows not only items from the Fund of the Tretyakov Gallery, but also for the first time the objects of the truly unique collection of Leonid Talychkin, the largest collection of art of the second half of the 20th century and the author of the cult book "Other Art". Collection of Talochka – a monument of the era of the Soviet undergrada – transferred to the museum of his widow Tatyana Vendelshtein in 2014. This gift has become the main reason for "reboot", the main meaning of which is to include in the exhibition of objects that have never been exposed before in the Tretyakov Gallery, and in their combination with key works of different times, directions and collections.

An experimental – "Cabinet of Radkost" came to replace the traditional format. This format arising in the middle of the XIX century and preceding the classic museum exhibitions, allows you to vary the exhibited objects inside the "Cabinets". Conditionally, the exhibition is "decomposed" on the cabinets and shelves, and the museum objects are embedded in them. Exhibited objects, thanks to niches and "kidos", acquire an additional depth and reveal from the new side.

In addition, the cabinet format and the atmosphere of the camera is sent to the audience to the history of the creation of the exhibited works: the objects of contemporary art were often created for a narrow circle of viewers, the exhibitions were held at home, and the items initially did not imply demonstrations in the museum space. "Cabinet rare" as it turns off objects from a general exhibition space, allowing the viewer to stay alone with the work.

Appeal to the viewer

The main stereotype, with which the new exposition is fighting, is a stereotype of the rejection of the public of modern art and inaccessibility to understand the works of modern artists. The purpose of the exhibition is available to tell about the art of the whole era and arouse interest to it, so everything is done to the exhibition for the convenience of visitors. All presented works are divided into 15 sections, within which the work is grouped by artistic directions and themes: "Abstraction", "kinetism and optical art", "Mystics and surrealists", "New Realism", "Pop Art", "Minimalism and post-siblish Abstraction, "Soc-Art", "Conceptualism – image in the head", "Poetry and a letter", "Performance", "Machines of Understanding", "Conceptualism – a new generation", "Neoexpressionism", "Postmodern Archeology", "Shareness 1990s "and" Project: Art of 2000 ". An accompanying comment on each partition introduced the audience in the context and explaining the features of artistic directions. It is understood that the exhibition will be constantly updated and comment to comments so that the viewer can come to her several times.

Cabinet exhibiting at this exhibition is enriched with theatricalization, dramatic lighting and technological approach to exposure demonstration. Many exhibited objects initially implied interaction with the viewer (within the framework of the apartment), they needed to touch, twist in their hands and overflow. In order not to delete the viewer of this opportunity, not only the originals of the work, but also their copies are included in the exposition. With interactive copies you can interact, as it meant to artists. At the exhibition you can look at the "Cubes" of Rimma and Valery Herlovyn, in the "windows" of Dmitry Prigov and Polystat the Lion Card Rubinstein. Also, the exhibition contains mediastoles that allow you to learn more about the works presented on it. 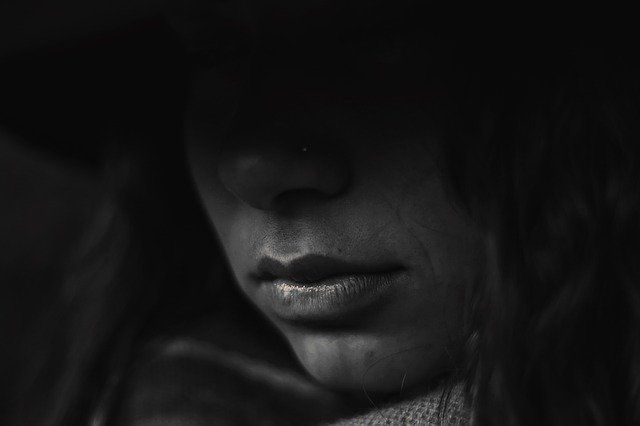 In addition to the exposition itself, the visitors of the Tretyakov Gallery proposed a special educational program. As part of this program, the development of which was engaged in the ART Foundation & Science, will be conducted a cycle of philosophical evenings "Philosophy after Art" (by analogy with the Treatise of Joseph Koshuta "Art after Philosophy"). The exhibition curators promise to meet with artists inside the exposition, – similar "informal" history of arts, told by the artists themselves, will help the audience to understand the numerous objects presented on the "reset" and make a more complete impression about the collection.

"The history of contemporary art, unfortunately, is not postponed in consciousness among the public. "Reboot" In the Tretyakov Gallery attempted to correct this situation and legitimize contemporary art. The exhibition is focused on the viewer and is made so that it is interesting. The exposition is organized by the historical principle, which makes it easier to navigate in artistic directions.

About half of work at this exhibition are shown for the first time, the rest are presented in the new light. Here we first showed the variants of the iconic installation "Paradise" Mosquito and Melamida. Set several artifacts that survived after "bulldozer" Exhibitions in the 74th year. Very unusual in the new exposure looks and things known for the past exhibitions: this is "Fundamental lexicon" Grisha Brusnikna I "Pantokrator" Boris Orlova. Never shown "Box with garbage" Ilya Kabakova in the example in which he is now exhibited. The section of postmodern archeology, with the works of Koslyakov, Igor Makarevich and Igor Mukhina.

Format "Cabinet Rarrechy" To show contemporary art from the 60s, it seems the most optimal, since this art did not function at exhibitions, but was originally exhibited in picture and office formats. But reproduction of the painting inside the living museum is a fake and false, and such experiences, as practice shows, not too successful. And the cabinet format is more acceptable for the museum – it makes it possible to vary the exposure and show two to three times more things. A new format of exposure allows you to peering into things – in contrast to theatrical exposition approach, which demonstrates a thing as a masterpiece, which does not always work in the case of intelligent in accordance with modern art ".

Exhibition "Contemporary Art: 1960-2000. Reboot "You can see in the Tretyakov Gallery on the Crimean Shaft until September 1, 2017.