Three performances about the future, which has already come

As it usually happens, the most significant discoveries detect themselves on the backyards. Three performances about which this text is written and which can be seen in Moscow this fall, not that contain some radical theatrical discoveries, but they are completely written in the language of the modern theater, and he sounds very rare on Russian and Moscow sites.

Choreographer Oleg Glushkov decided to go on a journey and take you with me. At the beginning of the performance, the most important thing happens – the voicing is not even the rules of travel, but the fact that expensive from traveling should not be expected: new impressions, good time, superskscase or some special revelations. The journey is simply so and the very fact of your existence is important. The only thing that can give you a journey is a new look at yourself and on the surrounding reality in this short period of time.

Despite the fact that Glushkov is a choreographer, the performance "Ginnos" is not plastic and not dance, albeit plastic, and the dance here is definitely present, and in a rather radical hardened. The genre of this performance eludes the definition, as it includes the theater physical, visual, and dance, and even the puppet theater (the scene with the transformation of a living performant in a puppet, managed by grasp, is one of the most powerful). Among this, it is this genre opening that makes a performance by a sip of fresh air.

Spectators who are used to looking for the answer to the question "And what a performance?", They will be fairly discouraged: the performance is about nothing, and even if its individual scenes are carrying some kind of narrative load, then this is the last thing about to think about. Maximum relevant descriptive wording for this setting – collective dream. Even in the program – albeit in an ironic key – it is reported that the first part is aimed at immersing the audience in a certain state. The first part (if without spoilers and retells) consists of a plastic scene in which every millisecond is a potential movement, which in the end does not occur – an incredibly accurate plastic move. Naturally, this scene is very slow and long, and it follows an abother entry in the form of an actress that utters the ironic text, actually about this performance and about the long first scene.

The only possible point of view of criticism is that this performance can be adopted for a set of techniques – theater, doll, cinematic, Sitcomovsky. Such a look at the "hypnos" is probably admissible, but it is much more pleasant to think that this is the integrity of the form – the free flight of the artistic spectacular thought, contacting it here, then there is a different expressive means to ensure that it was scheduled, – Travel.

Premiere showing performances for viewers will be held on November 14 and 16, tickets are already on the site. Why it is important to go and see this production? Because by and large this is exactly the same theater that we need so much – weird and wild, who silent on the text, on the literature and on narrativeness, silent on the metaphoricity, and – what is most importantly – heat out on the spectators, who are from the theater Something else want. No need to want anything, go on a trip.

The plot is rather reminiscent of a documentary play, a fixing piece of reality without special insistence on strings, climps and junctions (which, of course, there is also there). This plot is related to the near future when Siri’s iPhone voice assistant can speak with his master on any of the most difficult topics, as well as implant part of himself into the human body to help him monitor his own physiological condition. In the text of the play, there is some barely noticeable pulp, which is generally characterized by works on the technological future. This expectatory longing completely flows into the performance.

The work is extremely powerful and in shape: in the black hall of the Timm, the square-oriented carousel with the engine and four saddles for perfiders are installed in the middle of the Motor, one of which occupies Siri. By the way, the director also takes part in the performance as a performation. Carousel, naturally, rotates at different speeds and direction on a specially given scheme. Continuing the conversation about the formal side of the performance, it is impossible not to note what has been done here. Two Sound Designers operated on the project, one of which took part in Rimini Protokoll projects. Only twice the borrowed songs sound, otherwise it is a complex, selected and arranged set of various urban and domestic sounds – from the announcement of the station in the subway to the ringing of the microwave. The fantastic work is presented by the work that actresses actress in the Siri position. She managed for a second not to fall out of this artificial modus of speech, which is half of the hint of accent and from irregularities in stress and intonation.

Certainly, it is impossible to view this performance Do not remember the series "Black Mirror". Here – almost the same thing, only the text is much thinner. For rumors, it is perceived as crystal European text, exhausted from Okhania and Akhani, from the vyverting, which the texts of Russian playwright sin. This is the experience of perceiving a serious and tense conversation about the future – this is why it is very important to go and see this performance. 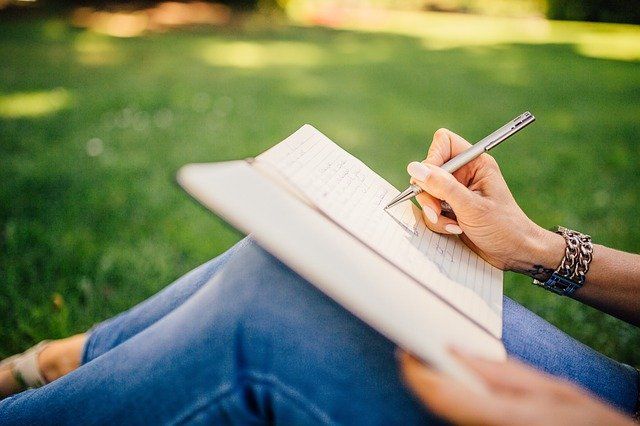 This is the third project of the Belgian theater company Ontroerend Goed, which an independent producer Elyututin brings to Moscow. The first two were focused on the viewer, but this time it is fairly to an even greater degree. In general, in all projects that elyutin managed to show, including two more performances Rimini Protokoll, viewers turn into participants. In the "candidate" this form acquires a critical scope: without a viewer, this performance can not be held in principle, his turn itself occurs due to the presence of viewers and the accomplishment of simple activity – voting.

Five actors and one manager on stage similar to the boxing ring. Over them – two screens that are displayed in the results of the audience. Spectators vote through small individual consoles that distribute everyone at the entrance. As a result of the voting in the process of the performance from the scene, five actors from six.

This performance is distinctly political, and on the paradoxical scheme: all over the action, the word "politics" or "democracy" is never pronounced, while the form itself quite literally reproduces the electoral process of direct democracy. What is important: In this process, the goals, objectives and needs of the parties are completely not designated. Spectators vote as it were "at all," and the candidates try to like – well, just to like. The political system, which is called simply in the play, does not have any properties at all, so the radical protest against it one of the participants at the very end is a protest in principle against the state leaving citizens a fictitious choice.

Why this performance is extremely important: because by bringing the electoral procedure to abstraction, it decides the decision system and choosing to elements, allowing the viewer on a specific example to understand how he himself takes.

It seems very important that this production appears in Russia on the eve of the presidential campaign (or those events that this formula is customary). It did not seem to be in Russia the time when public reflection on the topic of personal responsibility, the choice and relationships of the majority and minorities would not be relevant. Also, it was not, it seems, in Russia, when all these topics were highly publicly reproflexed. It is clear that one show for a very special audience can do little in this sense, but here it is worth returning to what this show is among other things: minority is important, and the minority is even more important than the majority.