Everyone can kings: Gooshina vacation

Old good movies. They want to revise again and again. And every time they invariably give joy and warm. And if you are a fan of cinema, for example, such as me, then the most beloved tapes you can watch dozens, hundreds, and what is there, just an infinite number of times!

But if you are a zinic, calculating, greedy, unprincipled producer, then you do not look at all. You shoot the remakes on them. Just one time. However, they don’t need more. Although … you can still wash off the film with acid. At least then it will be clean. Unlike the film Alexander Chernyaeva "Everyone can kings", the remake of the film William Wailer Roman Vacation 1953.

Trouble with these rime. Of course, you will not forbid someone else’s mind, but the wave of such ops, the overlapping domestic cinema is clearly disturbing. We have already started at the "Escape" "Fugitive" Andrew Davis and was "in motion" "Sweet Life" Fellini, but everything is somehow anonymously. This time the creators of the Vanka did not seem to be filled – they immediately admitted, but it did not become easier for anyone. "All can kings", according to the authors, rather free variation on the topic.

"Valibilities" in the new ribbon, of course, grabs, although the plot remained unchanged – the journalist meets the most escaped aristocrat from under the guard, while the ribbon is transferred to modern Peter, the information agency journalist turned into something amorphous, the average between Paparazzi and a private detective (the creators, apparently, did not decide that wealthy for the rapid aristic souls), and the princess decreased in the rank to the descendant of the kind of dolval, living in emigration. But all this is the usual, tribute, so to speak, time. But the real horror is that in the film Chernyeva Gregory Pek suddenly turned into Gosh Kutsenko. This is no longer free. This is a terrible dream. Cinderella with her pumpkin at midnight can forget about this little things and wipe the Bob Marley.

In general, when you write a review on the remake, it is very difficult to avoid direct comparisons, not captivated by the original film, and as a result, do not write a review on it. I will try. But nothing to promise.

What was the picture of Wilera, and why she got such a success? The romance between rough and cynical American zhurnalyugi, ready to do anything for "roasted" reportage, and a young aristocrat of royal blood, was quite an exact copy of relations between the United States, suddenly found himself the savior of the world from the Nazi plague, and beaten by war Old World ravaged by carelessness, wealth and cheerfulness, came to him to the rescue "ordinary American boys".

It was a mutual research, so Weiler tape begins with an ironic look at the pompous habits of European aristocrats, and ends with self-irony and cynicism over the boorish Americans and amazing open to them: money can not all. Having started as a sitcom, in the final picture becomes a true anthem of Europe, the recognition of his love for her and vow to study, study and study again manners and education. Americans liked the film because they thought so, and Europeans are obviously out of vanity.

About the film Chernyaeva? About the fact that if you are a healthy bald cornstalk and ride a nickel-plated "Harley" 60 pieces of raccoons, you really committed to stir up any fifu, even if it is an aristocrat from France. Moreover, as a result, her papa will write you from the wild tundra of Russia, will be packed in a white horse, will bind a bouquet of roses and give little daughter on March 8. By the way, I take this opportunity to congratulate all women, aristocrats and not a holiday. 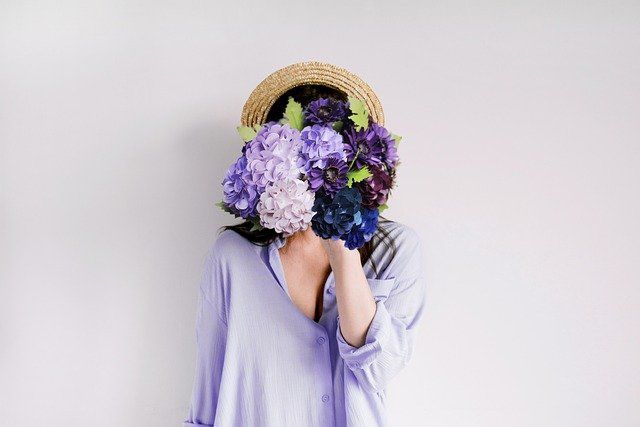 But we will not be removed. Each episode in "Roman Holiday" is subordinated to the general idea. For example, the famous fragment in the barbershop. The mere fact of regret that the Italian barber agreed to cut off luxurious chestnut curls Audrey, is "Oscar". He shreds with scissors, and every movement of his despair and contempt for the client, which pushed him to the crime. But his gaze falls on the mirror, and it wakes up artist. A few strokes of scissors, a little bit of magic to comb, and we face the very Audrey Hepburn, who tend to peace. And this hairstyle more good years will be 20 benchmark for fashionistas all over the world.

What offered to us in return Chernyaev? A feeder from "Caution, Modern". I certainly mean the image, not an actor. I respectfully with respect to Sergey Rosta and his comic talent, in that old gear, as well as Nagiyev, were to the place, but in the Roman Vacation, as an alternative to the Italian styleag!? Lacking here still guard. The hero of growth does not find anything better, as stupidly reach the heroine under the root, though at her request. Obviously, this is done by the creators of a film for harmony. Next to Lysim need something very short. Something from the films about Buchenwald. And it is clearly not Audrey Hepburn.

But she was a real opening of Hollywood in the Roman Vacation. And the "Roman holidays" themselves were the discovery of Audrey Hepburn. And Rome was the most real discovery for the self-leaving Americans. In short, solid "Roman discoveries", right on the envy of brave columbus. So: Audrey in the film – a tight diamond, demonstrating his innocence and acting ignorance, which the actor Gregory Pack was only skillfully framed by his charisma and experience. The whole film is built on the phenomenon of the Unknown charming actress, which completely corresponded to the Fabule of the film – Presentations to the Society of the heiress of one of the European dynasties. The shared first ball of Natasha Rostova, the role of which, by the way, will perfectly naturally play the actress in just 3 years after the premiere of the Roman Vacation.

What does this have to do with Elena Polyakova, the executor of the leading role in the Rime? Yes, the fact of the matter is that no. Smooth account. I have nothing against the actress, she is talented, but … it was worse only with the love of Orlova in the "Skvorts and Lira", when 72-year-old, then the former star of Soviet cinema has already performed the role of 30-year intelligence. I know, I know, modern producers make a bet on the "Star" Composition, Won and Gerard Depardieu Rellen. Then explain to me why in the 53rd producers made a bet on no one unknown Audrey Hepburn? Fools! It is strange that now we remove the remakes on their films, and not the opposite.

By the way, about Depardieu: He is here like two waffles in ice cream-sandwich: in the film prologue, and in the final. In theory, it somehow should shade the taste and make it "Well, pure, chic". In fact, to ice cream with the same success it would be possible to kill two plywood – a smooth account would not change anything. Participation of antiquities of Gerard in the plot – zero whole, zero tenths. If you carefully cut the corresponding film, the viewer will not even notice. In addition, in ice cream between waffles is still ice cream. In our case, the product is completely different.

In general, find parallels with the old film of the 53rd year – the matter is the stud. There are almost no. Chernyaev "Received" everything that could. The journalist-loser, who perceived the work in Rome as a link turned into a joalled bandit, from whom the successfulness of which is sick, the princess, who understood that he was not just a girl, and she has a duty to his own country, became the usual richly madrod, which is now knows exactly what everything is allowed for her. Even moped moped and SIS-SCSO Saltra (6 horsepower!) Suddenly, the Harley-Davidson motorcycle and the Mercedes convertible. I would like to see journalists, even if the most successful, which allow yourself such a "stable". Dorenko?

In general, the ease with which modern filmunts from the new Russian cinema "improve" the world masterpieces causes serious doubts about their mental health. Instead of an elegant, sad and very light final of the "Roman holidays", we showed a barbic "brother" Pseudoproprincesses Polyakova and "Bald Paparaction" Goshi Kutsenko on a white horse. No, of course, I understand that the prince should always jump on something white, but why do we need two horses at once?!

So in fact, the film still turned out to be a "cabin of an elevator". Contrary to all statements of the creators, and especially the phrase of Goshi Kutsenko at a press conference as to how "Cool to be filmed in a simple good film". I will not argue with Gauche, maybe he really starred in "Simple Good Film". So let us now show this movie! Because it is clearly not about "everything can be kings", the picture is ridiculous, vulgar and very far from the object of imitation. Instead of the Irony of Chernyaev uses cynicism, instead of melodrama vulgarity, instead of light bears – Grooming fun.

And who after that believe? Nick. Only me, and only in one statement – love movies.